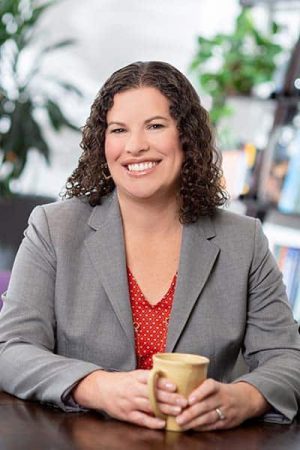 Growing up in the Pacific Northwest, Michelle worked with her dad as he served clients through his financial services business, helping to simplify their financial lives and ensure that their financial planning decisions aligned with their values.

Michelle worked as an external auditor for Arthur Anderson, a business analyst for Micron Technology and traded commodities for Cargill on the way to transitioning into the wealth advisory field with Thrivent Financial. In 2000, she moved to the Tri-Cities with her husband, Andy, and opened the first office of what is now Piton Wealth.

From its start, the company has been proudly affiliated with Thrivent Financial – a Fortune 500 fraternal benefits society and financial services company. For two decades, Michelle and her team have consistently ranked in the upper 1% of Thrivent practices in client satisfaction. Also during this time, the practice set a record by finishing in the top five of Thrivent’s 3,000 nationwide practices for practice productivity – the first woman-owned practice to achieve that distinction in Thrivent’s 100+ year history.

In 2018, senior corporate leadership asked Michelle to lead in creating an “independent channel” for other Thrivent practices. She is a sought-after speaker and was recently named to the board of Thrivent’s partner organization, Thrivent Charitable, the first Thrivent advisor to serve on this board. Previously, only Thrivent senior corporate executives and senior executives from other national organizations held positions on InFaith Community Foundation’s board.

Michelle and Andy have two sons that she works to keep up with on ski mountains, hiking trails and tennis courts. 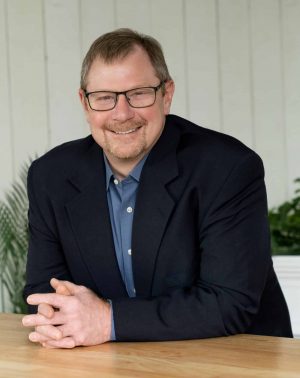 What three words do people use to describe you?
Detailed, Analytical, and Diligent.

Outside of work, what are the things you enjoy?
Daren has been married to Pam for 26 years, together they have 3 amazing children Danielle, Jenna and Nate.  In his free time Daren enjoys coaching football, baseball and landscaping.

Tell us about your background prior to joining Piton.
Daren is a native of Kalispell, MT and a graduate of Pacific Lutheran University with a Bachelor of Business Administration, with a concentration in accounting.  In 2013 Daren earned his Chartered Financial Consultant certification from the American College.  Daren spent the last 28 years as a Financial Associate with Thrivent Financial.

Did someone say “pigs”?
Daren, Pam and their children have raised pigs in the backyard (which lies on the foothills of Glacier National Park!) for several years.  It has become an adored family pastime. 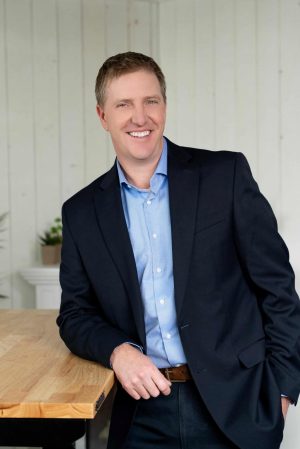 What three words do people use to describe you?
Authentic, Diligent, and Kind.

Outside of work, what are the things you enjoy?
In his free time Aaron enjoys getting outdoors with his family exploring the trails, lakes, and rivers of Northwest Montana.  Aaron also enjoys coaching basketball and  watching his kids in their various athletic endeavors.  Aaron has been married to Brooke for 21 years, together they have 2 boys Sam and Liam.

What is your most unique accomplishment?
In 1997, I was named the outstanding male athlete of the year at Pacific Lutheran University and competed on the rowing team.

Tell us a little about your background prior to Piton.
Aaron grew up in the Seattle area and graduated from PLU.  Aaron was the Assistant Camp Director at Flathead Bible Camp in Kalispell prior to joining Thrivent in 2013. 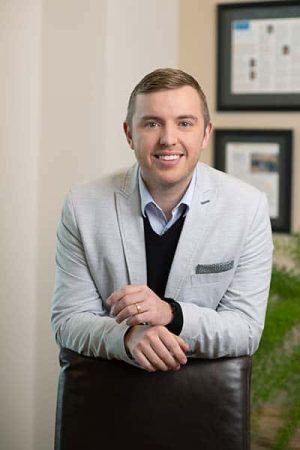 What three words do people use to describe you?
Diligent, Driven, and Determined.

Outside of work, what are the things you enjoy?

Nick, and his wife Leah enjoy spending time with their baby girl Eden Grace, on the river and on the golf course.

Nick is also passionate about giving back to the community. With his enthusiasm for organized sport and his background in tennis, Nick volunteers as a board member for a local charitable organization, Mid-Columbia Tennis Association.

Did someone say, “tennis pro”?
Originally from Birmingham, England, Nick enjoyed a career as a semi-pro tennis player. Tennis later took him to Morehead University in Kentucky on a tennis scholarship, where he received a Bachelor of Business Administration and met his lovely wife, Leah.

What’s next?
After Nick obtained his CFP® certification in April 2021 he is excited to continue serving clients with a passion towards helping people achieve their long-term financial goals. 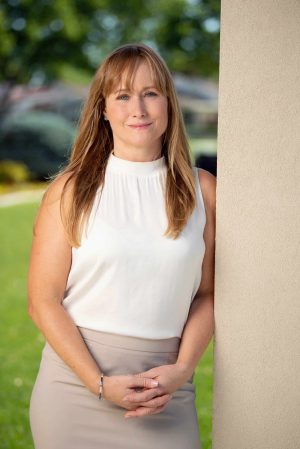 What three words do people use to describe you?
Observant.  Driven.  Kind.

Outside of work, what are the things you enjoy?

My husband Marc and I opened a small business in 2020.  Aside from work, I enjoy exploring the immense beauty of the Pacific Northwest with my husband and our young children, Nicho and Sofia.  I recently began taking golf lessons and am excited to hit the links with friends!

Tell us a little about your background prior to Piton.
I am a native New Yorker and moved with my family to Washington in 2015.  I am a graduate of New York University in Manhattan, where I earned my Bachelor of Science in Early Childhood Special Education.  A relative’s strategic introduction to their financial planner piqued my interest in finance and a career change soon followed.  My career in financial planning began in 2011 working as a financial support assistant in New York at National Financial Services.  After moving to Washington, I transitioned into the role of paraplanner at Ameriprise Financial, where I refined my financial planning knowledge over the last five years while also earning my Series 66 and Series 7 licenses as well as my Chartered Retirement Planning Counselor (CRPC) designation.  Most recently, I served clients as an advisor with Charles Schwab.

What’s next?
I am a Certified Financial Planner ™ candidate and will sit for the final exam in 2023. 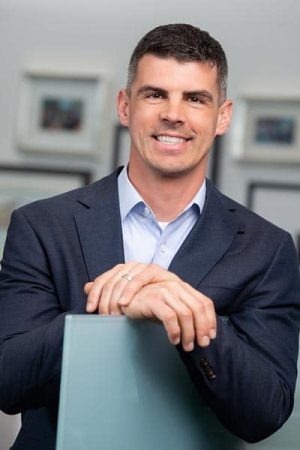 What is your vision for Piton Wealth?
To help each client clarify who they are and what they want to achieve so that they can state, visualize and pursue their dreams and goals with a more sharpened focus with us on their team than they could without us. We want to serve clients the way they want to be served; to deliver personalized, customized service built on strong relationships and with strong technical implementation and execution for both our clients and their families.

What three words do people use to describe you?
Analytical, Detailed, and Organized.

Outside of work, what are the things you enjoy?
Michelle and I spend much of our free time with our two teenage sons—we snowmobile in the winter and boat in the summer. I serve on the board of the local Habitat for Humanity affiliate and am restoring a 1948 Ford truck as time allows.

What is your background?
I graduated from Gonzaga University with a Bachelor of Science in Electrical Engineering and spent 15 years as a protection and automation engineering consulting in the utility industry before changing direction to oversee the operations side of Piton Wealth. 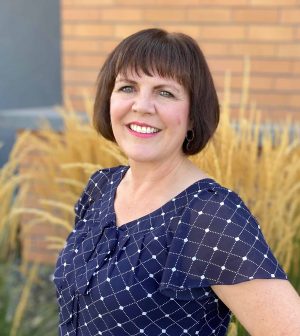 What three words do people use to describe you?
Loyal, Efficient, and Resilient.

Outside of work, what are the things you enjoy?
Cheering on my husband as he competes in triathlons, cheering for my kids as they swim (or do anything else!)…and hiking, paddle boarding and swimming.

What’s next?
Since my daughter recently started her freshman year of college, I am looking forward to supporting her from afar and also spending more time with my teenage son, husband and dogs!  Professionally, I am thrilled to lead the effort of serving our Piton clients from the operations side, as they make money decisions in their journey of life. 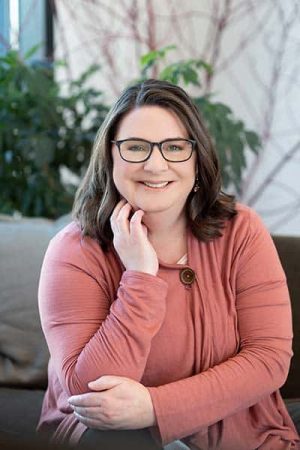 What three words do people use to describe you?
Warm, Relational, and Creative.

Outside of work, what are the things you enjoy?
As a former caterer and pastry chef, I love to cook and bake. I also design costumes for a local theater company.

What’s next?
Once our nest is empty, my husband, Brian and I hope to buy and restore an historical Hanford house. 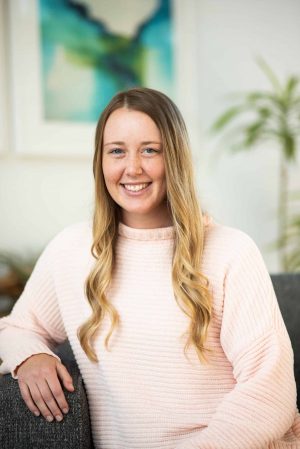 What three words do people use to describe you?
Dedicated, Organized, and Trustworthy.

Outside of work, what are the things you enjoy?
Outside of work, I love to golf. I played competitive college golf for four years. My first two years being at Columbia Basin College, while earning my Associate of Arts degree. After graduating from CBC, I transferred to Western Washington University on a golf scholarship, where I graduated with my bachelor’s degree in Business Administration. Aside from golf, I also enjoy being outdoors and, on the water, hiking, kayaking, and paddle boarding.

What three words do people use to describe you?
Helpful, Genuine, and Trustworthy.

Outside of work, what are the things you enjoy?
I love spending time with my husband and our teenage daughters, and often that means enjoying music together. My husband Mike performs solo and with his band at various local venues, our oldest daughter Rian plays violin and is in the marching band, and our younger daughter Hayden sings in the choir and acts in plays.

What is your work background?
I have worked as an Office Manager for many years in the medical field, so I have a lot of experience interacting with clients and am very comfortable talking to people. 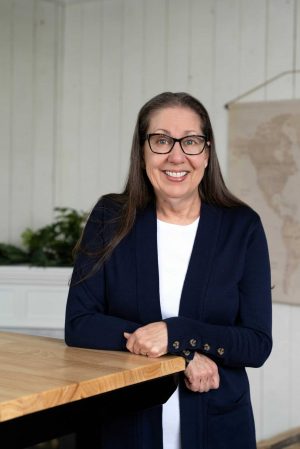 What three words do people use to describe you?
Efficient, Trustworthy, and Helpful.

What do you enjoy doing outside the office?
I love spending time with my husband, children and grandchildren.  We enjoy exploring the beautiful area that we live… hiking, kayaking and paddle boarding.

Tell us about your work experience and what you love about your job.
In addition to my 11 years with Thrivent practice affiliates, I have also worked as an Executive Assistant for many years in the utility field.  I enjoy interacting and getting to know clients. 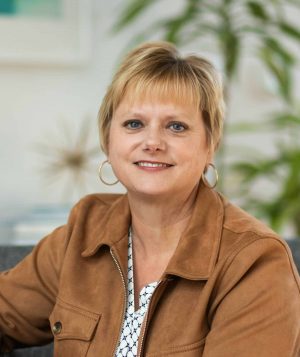 What three words do people use to describe you?
Organized, efficient, and helpful.

Outside of work, what are the things you enjoy?
In my free time, I enjoy sewing, traveling and getting out for a good walk.  My husband Axel and recently moved back to the Pacific Northwest when he accepted the position of Principal at Bethlehem Lutheran School.  We have a daughter, Allison that relocated to the Tri-Cities area with us and we are excited to be closer to our son Jared, who lives in the Portland, OR. area.

What is your background prior to Piton?
My background includes 18 years in financial services.  Most recently 7 years with another Thrivent Advisor Network practice located in Hoagland, Indiana. I enjoy the role of support staff, the ability to connect with clients and be of service.

We invite you to follow us on social media by clicking on the icons below.
You can also follow our hashtags: #ServeWell #PitonWealth #PitonSummit